A look back at the MUNISIT of Carrières Internationales

The MUNISIT by Carrières Internationales: it’s over!

On April 10, 2021, the MUNISIT organised by Carrières Internationales took place at ISIT. Here is a short review of the event.

The Carrières Internationales video explains in detail what it is.

The day is thus animated by debates between the different representatives of the countries defending their interests, in order to find agreements on the subjects put on the table.

As you will have understood, a MUN is made up of many countries that do not all speak the same language, so how do you do it?
This is where the interpreters come in, and in our case the ISIT translation students, whose role is to translate the debates live so that all participants can understand what is being said. 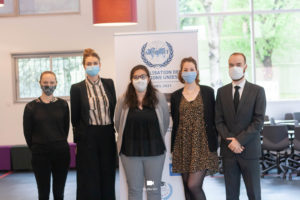 In the morning, each committee received a speaker who presented the main issues of the topics. You can find a summary of the objectives of UN Women and UNDP directly on the international careers website, with articles by Aure Marthelot and Cassandra Holstsande, the two journalists from Worldwide present on the day. 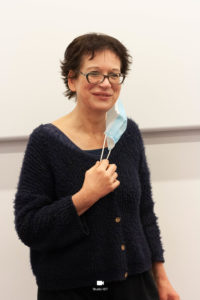 Following these conferences, the debates could begin, within the two committees:

The UN Women Committee was provided with interpretation, which allowed for dialogue in French and English. The delegates greatly appreciated the experience: MUNISIT is one of the few MUNs in France to offer this service. 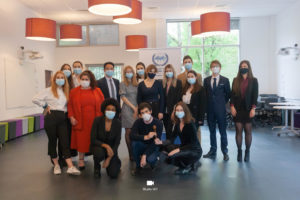 20 participants per committee were present, each representing a country.

As a result of these debates, the UN Women committee drafted six resolutions, but unfortunately none of them were approved. The UNDP committee, on the other hand, reached an agreement by consensus. So they were very diplomatic!

Among other things, they : 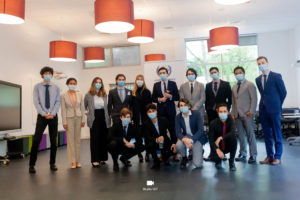 Find here the photos of the event by Studio ISIT

We use cookies on our website to give you the most relevant experience by remembering your preferences and repeat visits. By clicking “Accept”, you consent to the use of ALL the cookies.
In case of sale of your personal information, you may opt out by using the link Do not sell my personal information.
Manage settingsACCEPTER
Gestion des cookies

Performance cookies are used to understand and analyze the key performance indexes of the website which helps in delivering a better user experience for the visitors.

Analytical cookies are used to understand how visitors interact with the website. These cookies help provide information on metrics the number of visitors, bounce rate, traffic source, etc.

Advertisement cookies are used to provide visitors with relevant ads and marketing campaigns. These cookies track visitors across websites and collect information to provide customized ads.

Other uncategorized cookies are those that are being analyzed and have not been classified into a category as yet.

Save & Accept
Powered by